THE WAY BY BICICLE 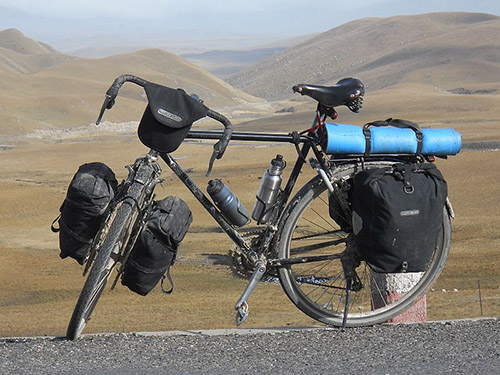 Those who travel by bicycle are well aware of the sense of freedom and intimate contact with nature that cycling can offer, allowing them to get to know the soul of a territory in depth in a reasonable time: they can quickly reach the most beautiful places, see incredible views and cross amazing landscapes.
Traveling takes time and often we pass up on an adventure, because the places are far away or difficult to reach. Leaving can also be an experience within your reach: an average cyclist with a suitable bicycle, such as a MTB or a good gravel or travel bike suitable for dirt roads, in a couple of days can cross Tuscany from Versilia up to Pistoia. The climbs are there, but they are not long; the route is varied and very scenic, the places of historical and artistic interest are truly endless. You can spend the night in one of the pilgrim shelters or in a traditional structure, all of a good standard. The points of departure and arrival are well served by the train; you arrive and depart without problems, for each destination. You equip your bike with a few bags, and you leave for 48 hours of pure nature and culture.
In thinking of a path for bicycles, we naturally started from what was traced, for the Via Francigena and the Cammino di San Jacopo, for walkers. The presence of various sections on the path or with a disconnected surface, of maybe short but with a considerable slope and of hilly dirt roads that end in villages, villas or monasteries has forced us in several cases to make profound changes to the route: this is especially true for stages 4 and 5 which unfold mainly on the hills of Lucca and Pistoia. However, we recommend that those who will cycle this path to make some digressions and still reach the beautiful villages, religious and artistic places that we describe in the stages, then returning to the path followed and continuing beyond. 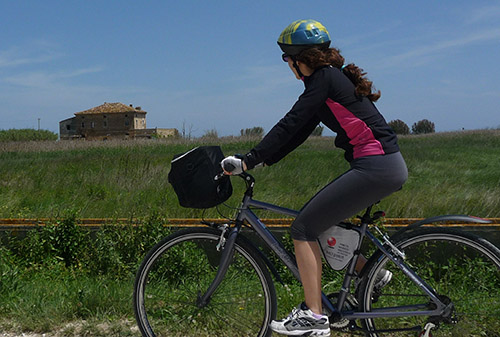 We have prepared gps files that can be downloaded from this link:
In addition to the route layout, in standard GPX format, you will find numerous waypoints (fountains, directions, ATMs, villages, shops, etc.).

In giving these indications we have considered bicycles of the “mountain bike” and “cycle tourism” category including the Gravell, thus excluding the city and racing ones. Naturally, more trained and more “reckless” cyclists, equipped with suitable means, can also tackle other sections, perhaps accepting the possibility of getting off the bike and walking the sections that are more difficult. In this case you can download the GPS tracks for walkers from the appropriate page.

Finally, we give below a list of the bike assistance services that are on the route: