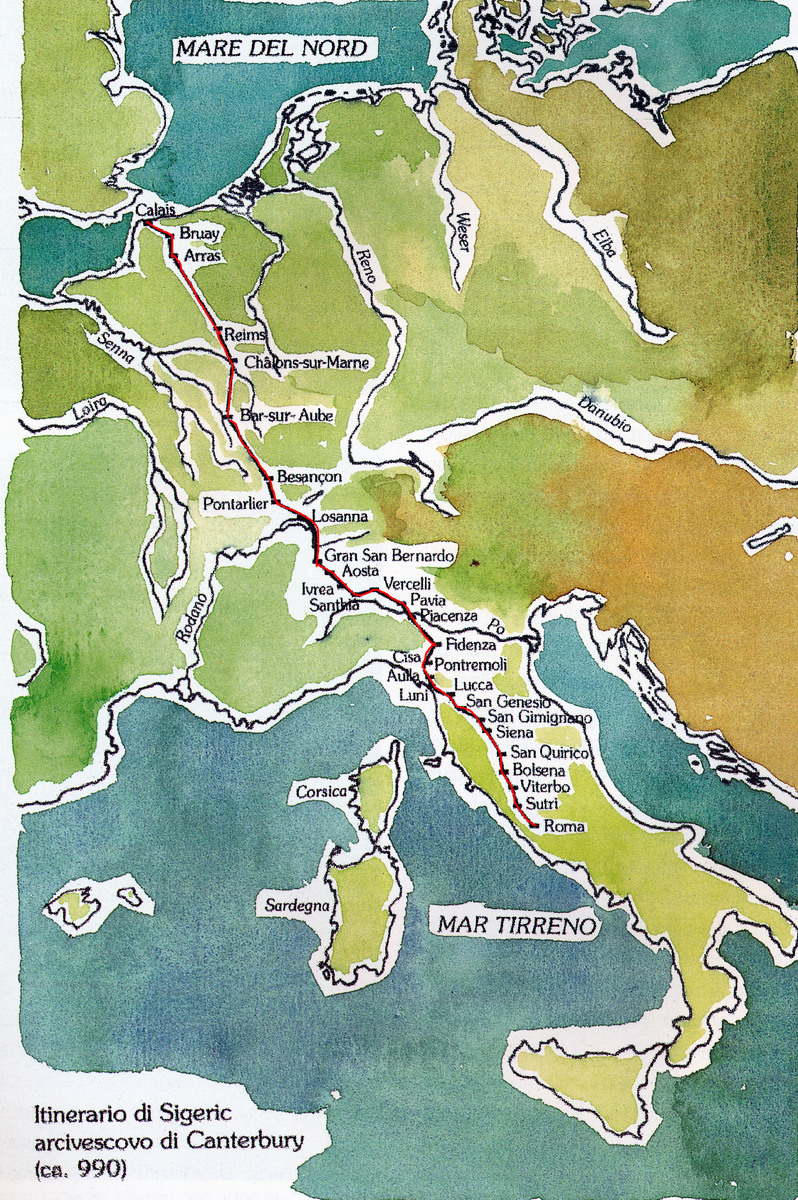 The term “Via Francigena” indicates the set of routes that connected Rome with the territories of central-western Europe. In the centuries of the early Middle Ages (first millennium), both the eastern (of today’s Germany) and western (of today’s France) Franks were called “Franks”. The first documented use of the nine “FRANCIGENA” dates back to the year 876. Later the term was also used to indicate generically the roads that went towards Rome and towards the North. However, at different times and in different places, it was also called “Romea” to emphasize that it led to Rome, the center of Christianity. The street had an extraordinary historical, economic and cultural importance.

Its origins are placed in the seventh and eighth centuries and due to the need of the Lombards to connect the kingdom of Pavia with the territories of central and southern Italy. They used what remained of the ancient Roman road system, the viae publicae (also called consular roads: Via Aurelia, Via Cassia, Via Clodia, Via Julia Augusta, Via Aemilia, etc.) and the viae rusticae, of regional interest.
The road was garrisoned at strategic points by a network of fortifications; the security function, in addition to real fortresses manned by soldiers, was entrusted to the “royal abbeys”, fortified monasteries that directly obeyed the Lombard kings (thus removed from the control of the Church). The abbeys also managed the functions of hospice for travelers.
With the passage of the Longobard domination to the Frankish domination, the road grew in importance; the road surface was improved, passing in many places from the beaten earth to the paved surface (as the roads had been in Roman times). In this period the road overcame the interest of local communications and connections with France were created. Reports of travelers at the end of the first millennium document the path that for many centuries, albeit with numerous local variations, remained however confirmed in its fundamental guidelines, as can be seen from the following map. 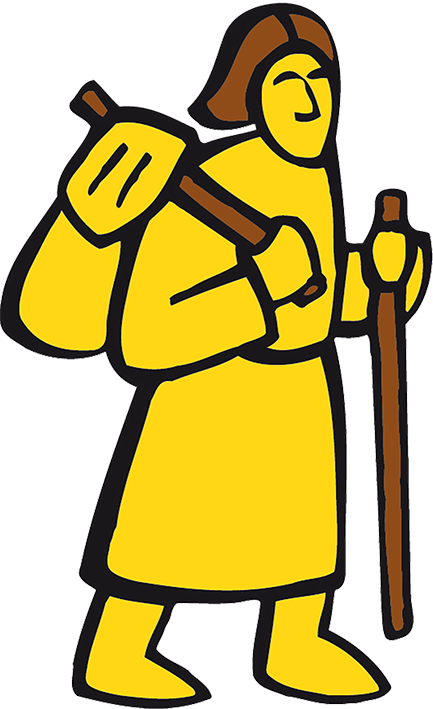 Moving away from Rome, the Via Francigena followed the route of the ancient Cassia and, after reaching Bolsena and Acquapendente, it advanced into the Val d’Orcia up to Siena and then followed the Val d’Elsa up to San Gimignano. From here it crossed the hills of central Tuscany as far as Lucca and Camaiore; it went up the Versilia up to Luni / Sarzana. From here pilgrims headed for Santiago de Compostela could embark and sail up to the delta of the Rhone, rejoining the Via Tolosana in Montpellier. From Luni the road proceeded into Lunigiana crossing the Apennines at the Monte Bardone pass (now the Cisa pass). After passing the ancient village of Berceto, the road descended the Apennine side as far as Fornovo and, having reached the Po Valley, turned north-west, touching Fidenza and Piacenza, where the Po forded. Touching Pavia, Vercelli and Ivrea, it was possible to continue in the Aosta Valley. crossing the Alps via the Gran San Bernardo pass (north west). Alternatively, you could head further west for the Val di Susa passing through the Montgenevre pass and then, beyond the Alps, towards Arles and the Spanish territories (southwest). From Susa another route crossed the Alps at the Mont Cenis pass to head towards Lyon (west).

In the year 994 Sigeric, recently appointed archbishop of Canterbury, went to Rome to receive the investiture of the office from the pope. He stopped in Rome for just two days and left immediately for the return journey, during which he accurately noted the places crossed and the stops made. The manuscript containing his travel report is kept in the British Library and has made it possible to fully reconstruct this itinerary which is generally assumed to be the “classic” route of the Via Francigena.