The history of the hostel h 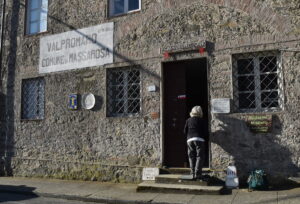 as ancient roots: the custom of hospitality in Valpromaro is testified by the presence of the San Martino Hospital, which has been present in the town since the 11th century. Slowly, in the following centuries, the tradition of long pilgrimages fell into disuse until recent times. On the occasion of the Jubilee of the year two thousand, an intense operation of cultural re-evaluation of the roots of medieval Christian spirituality was launched locally. On the initiative of the CEI, of the local public bodies and in particular of the Province of Lucca, the dissemination of publications and the organization of historical and cultural opportunities to revive the places of the Via Francigena began in 1995. Sigerico’s diary became the guide to retrace the Via in the Lucca area and in a short time the possibility of recovering its value made its way, giving it new life.

The community of Valpromaro – in the person of the parish priest of the time, Don Silvano Bertellotti – was ready to welcome the pilgrims, making part of the rectory of the town available. Don Mario Visibelli took over from Don Silvano who started important extraordinary maintenance interventions, giving the house its current appearance.
It was he who continuously initiated the reality of hospitality since 2004, finding the wayfarers at the door of the rectory, which became one of the first places of welcome for pilgrims on their way, and met with increasing appeal. The community of parishioners was curious about the occasional guests, and there were many opportunities for exchange and sharing in the rectory, a meeting place, hospitality and seat of the parish’s charitable initiatives.

From 2008 the rectory was no longer the parish priest’s residence and the interior spaces were gradually used by an increasing number of pilgrims. These were the years of the first group pilgrimages that helped to bring out the consistency of the phenomenon that was developing. The pilgrims increased and their origin was more and more varied. The villagers and in particular a group of retirees including Mario Andreozzi, Ivana Bertolaccini and Benito Polloni, particularly passionate about the stories of humanity that came to the country, took care of the pilgrims, in the absence of the parish priest.
Pilgrims arrived more and more numerous, informed by Italian and foreign guides who told of the beautiful and simple hospitality experienced in Valpromaro or who passed the word to those they met on the street, recommending a stop in the village. From 2010 it was necessary to constantly monitor the house which was now known as the hostel or Casa del Pellegrino. The first hospice of Valpromaro was Loredana Francinelli, a long-time pilgrim from the province of Brescia. Walking on the Francigena she had passed through Valpromaro. He offered his willingness to take care of the pilgrims arriving in the months of July and August.
The stable presence of the host helped to improve the quality of hospitality, maintaining the spontaneous style with which it was born – the essentiality and sobriety – renouncing the commercial organization of hospitality, choosing to open the door to those who had decided to set out, without religious, economic, cultural distinctions. 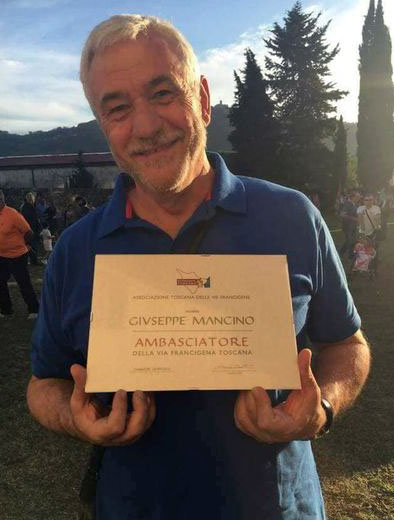 The hostel has never renounced the donation as an instrument of conscious generosity both for those who are welcomed and for those who welcome.
Since 2013, the hostel has been entrusted, during the summer opening period, to Accoglienza Pellegrina, which with the large community of volunteer hospitallers spread all over the world, joins the small village of Valpromaro to renew an authentic welcome capable of maintaining a human and fraternal dimension.

From the very beginning of the collaboration, Giuseppe Mancino, a volunteer hostess, was in charge of the Valpromaro hostel, acting as an intermediary between the village committee and the Pilgrim Hospitality group. A man of profound humanity and rigor, he guaranteed his assiduous presence in support of fellow hospitallers engaged in shifts. His sudden death at the end of 2018 really left deep sadness and pushed us to want to perpetuate the memory by making this historic reception facility in his name.